The second picture book that I worked on was Black Belt Bunny- a much different book from Double Take. It’s focused on a single character and has a more humorous tone. The action on each page is clear, it isn’t conceptual and abstract like Double Take. In some ways this made the illustration work easier. When I was sent the original text every page was annotated with visual descriptions- “Black Belt Bunny’s ears prick”, “This is not easy for bunny to hear, his ears shut.”, etc. So I had a pretty clear idea of what took place on each page and roughly how it would look. I wasn’t starting from scratch like Double Take. But while this made things easier it also meant that I had to really get the character right. The book is full of bunny’s expressions and reactions not to mention all of the sweet kicking and flipping, he needed to have the right look to pull all that off. So the first thing I did was work on concept sketches for bunny. I made three sketches and sent them off to the publisher. I had no idea what they wanted bunny to look like, but I was thinking cute. I’m always thinking cute.

They looked over my bunnies and liked the second two (I liked the first, go figure). To help decide between the two finalist bunnies, they requested sketches showing expression. 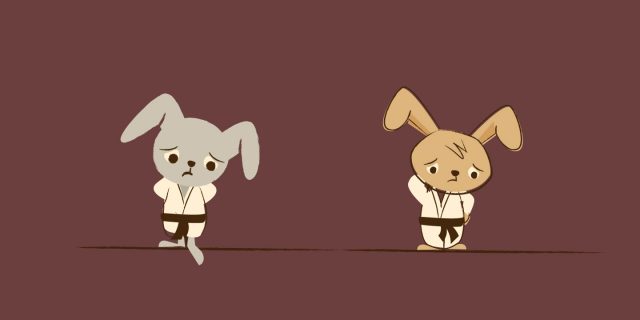 After further deliberation and suspense, they chose… bachelor #2!

Once I had the bunny design down, I went through the same general process as Double Take to illustrate the full text. I made sketches of every page, sent them off to the publisher, made adjustments per the publisher’s feedback, and so on until we arrived at the final art (woohoo!). It worked to my benefit that Black Belt Bunny was such a departure from Double Take, it was fresh and different and I never felt burnt out while doing the illustration work. I enjoyed my time with the little guy and hope you do too! 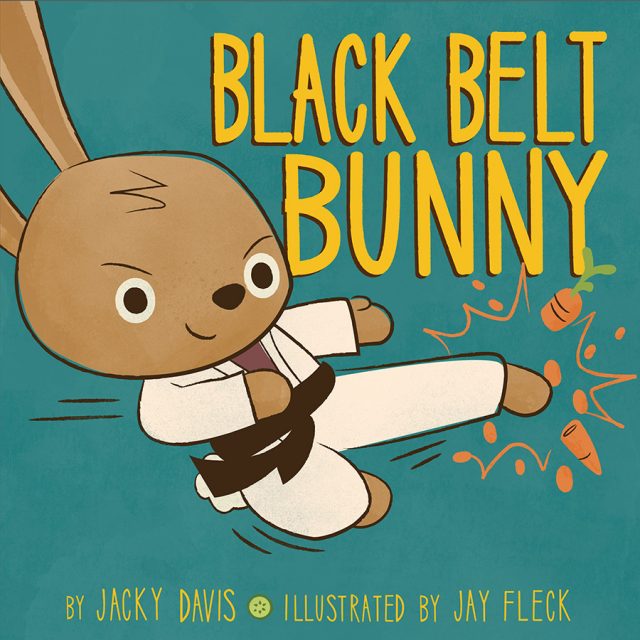